There is a lot of subtle mystery around characters of the Bible, mysteries that are just waiting to be uncovered like an Egyptian tomb.

I’ve always enjoyed hunting for the lesser-known facts about Scriptural context, especially when it comes to the people who grace the pages of Scripture and of our faith’s history. It builds our faith to know how rich and detailed the Bible really is!

Let’s dive in a take a look at some of these rather unique hidden gems in the Old Testament:

If you’re at all familiar with the story of King David and his son Absalom, you’ll know that it was a tempestuous relationship that evolved into war between the two.

Absalom, intent on overthrowing his father, created quite the stink in Israel at the time, which unfortunately reached an abrupt end when he accidentally hung himself from a tree branch and the opposition took advantage of this and drove darts into Absalom’s heart.

The curious part of this story is the meaning of Absalom’s name. The literal and strict translation is “The Father is Peace,” with some variants suggesting the alternate, “The Father of Peace” or “My Father Is Peace.”

While the variations teeter over two-letter words, the intonations of their meanings raises an eyebrow, considering the story of David and Absalom.

While David sought peace and reconciliation, Absalom sought to conquer and divide. One may argue though, that in researching King David’s life, “peace” was not a word one might find synonymous with his character, and yet, he was, after all, a man after God’s own heart.

Whatever angle you look at it from, the meaning of Absalom’s name is an irony and a sorrow, considering the ending of that father-son story.

The story of Gideon is a popular Sunday School story told repeatedly to children.

How he gathered men to be a fighting force for God. How God sifted out these men until they were such a minority, slaughter was a certain outcome.

Then, the miracle of Gideon leading the men into a Godly victory of their enemy, thus setting Gideon up to bear the title of one of the Judges of Israel. Often, the mining for story ends there.

Faithful servant, victorious warrior, God-honoring judge. But interestingly enough, one doesn’t have to mine too far to uncover the further mystery that is Gideon. The mystery of his spiral into idolatry.

At the onset of victory, Gideon proceeded to collect trophies from the spoils of the war, creating them into a “ephod”, or an item of deep reverence. Scripture states that after this, “all Israel played a harlot after it... and it became a snare to Gideon and his family.”

Contrary to popular perception, Gideon did not maintain his faithful devotion to God who had more than proven Himself, but instead, he allowed idolatry to seep into the fabric of his family and into the people of Israel over which he was judge.

Upon Gideon’s death, Israel turned back to Ba’al and, Scripture implies this migration to full-on idol-worship took little to no time at all.

Who doesn’t love a good story with the unexpected? Enter Ehud. Specifically called out in the Judges for being left-handed.

While some may see this not at all unusual, it truly does have some mysterious effects that make it pivotal to the story. You see, for Ehud to be successful in the assassination attempt on the king of Moab, he needed to be able to smuggle weaponry into the chamber.

Consider that, a warrior typically right-handed, would gird himself on the left-side with his weapon. Thus, Ehud entering the presence of the king appeared to be a non-threatening gift bearer, someone peaceful.

So much so, that when Ehud alluded to the fact he had a message for the king, they all felt safe in leaving Ehud alone in the king’s presence. This is when Ehud the Judge struck, using his left-handed prowess to his advantage.

By swiping the dagger from his right thigh, he plunged it into the king’s belly—we’ll leave the sordid details to Scripture—and succeeded in delivering Israel from oppression from Moab for forty years.

4. Enoch Wasn’t the Only One to Cheat Death

That’s right. It’s true. As little kids in Sunday School, we also hear the story (pretty much a one-liner) of the man who never died. Enoch.

I can’t tell you much about what Enoch did except that he lived for a super long time and then “was no more; for God took him.” I always thought it was cool, as kid, to just float up to Heaven (I assumed that’s how one cheated death) and continue living on a different plane.

But let’s be real about this mystery. There were two, count ‘em two men who cheated death. Rather, maybe they didn’t cheat death so much as God swept them from it.

Can you name the second man? Oddly, I would think this guy would get far more attention for not dying than an obscure, elderly dude from Genesis. But Elijah—that’s right! Elijah the prophet—ended his ministry by being taken into the sky by chariots and horses of fire.

That’s quite the exit. Far more dramatic than Enoch.

It astonished me in my later years to discover this mystery, or perhaps my young brain latched on Enoch far more than the average child and you all knew this about Elijah already. 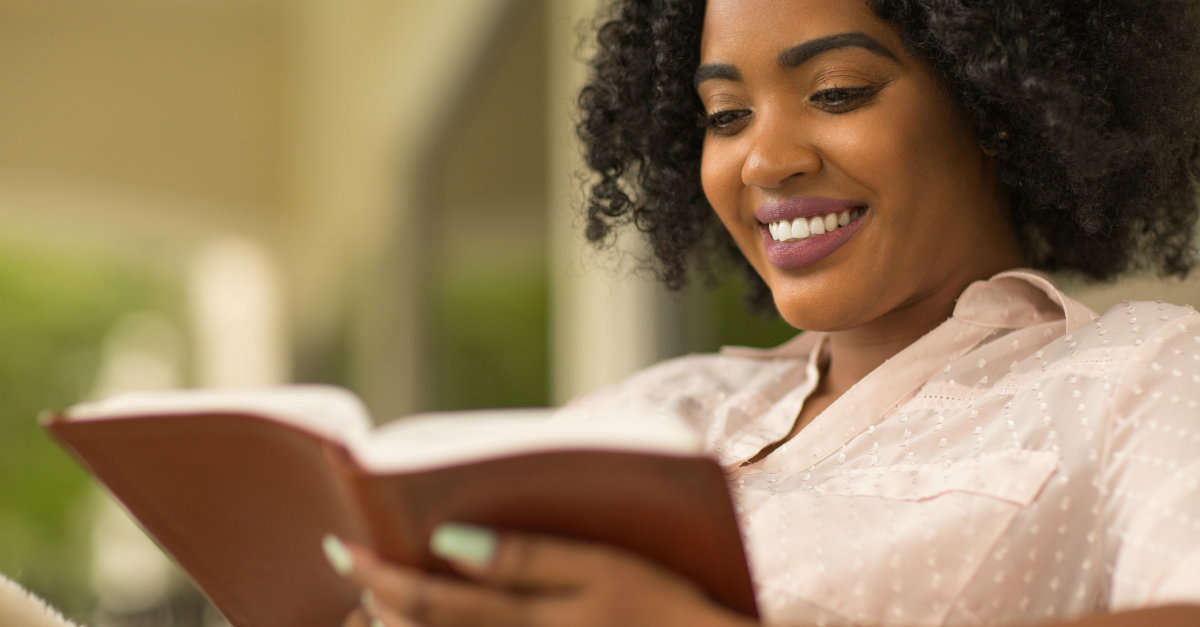 Was Ruth Jewish? One would instinctively assume that yes, she was. She was married to Naomi’s son—of Hebrew descent—and then became the wife of Boaz, also of Hebrew descent.

She was faithful not only to the roots of her in-laws, but to the faith of the Hebrew people, and to the God of Israel. This was deep-rooted.

So deep-rooted that Ruth took ridiculous amounts of risk on behalf of herself and Naomi and was awarded a part of the lineage of Jesus Himself.

Contrary to general assumption, Ruth was not at all Hebrew, nor was she raised under the Hebrew faith or influence. Her passionate devotion was formed after her marriage to her husband, and through the relationship she established with her mother-in-law, Naomi. Ruth was, in fact a Moabitess, from Moab.

Other key mystery to note, the story of Ehud the left-handed judge, coincides closely with the timeline of Ruth who would have been a Moabite under the rule of Eglon.

Am I the only child who grew up with fairy tale images of Joshua sending in the spies to Jericho, Rahab harboring them, being rescued by God and the Israelites during Jericho’s destruction, and subsequently evolving into a heroic romance story where Joshua saved Rahab?

I do distinctly recall a story book with pictures of Rahab half-hero-worshipping Joshua and the strong, muscular Joshua waging righteous war on Jericho. The pictures ended with a grateful Rahab and a rather doting Joshua staring down into her face.

However, contrary to children’s fairy tale imaginings, Joshua and Rahab were never a “thing”. In fact, Rahab married an Israelite named “Salmon” from the tribe of Judah. I’d say my childhood fantasy about Joshua and Rahab was a little fishy, but then that’s a horrible pun considering Rahab’s true husband’s name.

7. One More Thing about Ruth

Let’s hop back to Ruth for a moment, since we’re talking women in the Old Testament. Did you know that Ruth was married to Rahab’s son? This is a possibility.

Why a possibility and not a fact? Well, the book of Matthew lists the genealogy of Jesus quite specifically, and if taken literally then yes, Ruth’s new mother-in-law was Rahab, the harlot.

But one must question this because of what is called “telescoped genealogies.” Meaning, genealogies were limited to the primary names and the “father of” could have actually meant “the ancestor of.” Meaning, Rahab may have been of the maternal order of Boaz, but not directly his mother.

This of course is way above my Scriptural prowess and I’ve zero degrees to throw after my name to grant me any authority to make a strong argument for either case. However, it does lend itself to the mystery.

If one were to take the genealogy literally, Ruth’s mother-in-law was Rahab, and King David’s great-grandmother was Ruth. That sort of boggles the mind. Regardless, we do know for certain that Rahab and Ruth were part of David’s ancestry and also of Jesus. Which leads to the final curious point:

8. Jesus Was Descended from Gentiles

While Jesus is predominantly and arguably of Hebrew descent and Jewish origin, it is curious to note that two critical pieces to his family tree were from the heathen countries which Israel fought against

Why is this important? It’s interesting to consider the New Testament, when God makes it plain to Peter that the Gentiles are to be invited into the Jewish faith and the salvation offering of Jesus.

This was not really a new concept—Gentiles as a part of the family tree of Christ—and one might ask themselves if this was also why Rahab and Ruth were so blatantly pointed out in Jesus’ lineage to begin with.

All in all, the Scriptures are filled with unique tidbits of information that is often lost in the glory of story-telling, the surfing of outline versus deep diving, and in the lost art of researching original culture and context.

Remember, each story has jewels and gems to be uncovered. Go on a treasure hunt. I guarantee you, there are more!

Jaime Jo Wright is the winner of the Christy, Carol, Daphne du Maurier, and INSPY Awards. She's also the Publishers Weekly and ECPA bestselling author of three novellas. Jaime works as a human resources director in Wisconsin, where she lives with her husband and two children.

This content first appeared on Crosswalk.com and is used here with permission. To view the original visit: https://www.crosswalk.com/faith/bible-study/fun-facts-about-old-testament-characters.html

Who Do You Look to for Help? - iBelieve Truth: A Devotional for Women - January 25