She despises you, she scorns you—the virgin daughter of Zion. – Isaiah 37:22 (ESV)

Who is the Daughter of Zion in the bible? Is there only one daughter, or is scripture talking about a woman at all? Where or what is Zion? When we know where this daughter comes from, it’s easier to understand who she is and to figure out what she means to Christ.

Zion is a physical and a spiritual place. In her article “5 Things You Never Knew about Psalm 137:9,” Jean E. Jones explains that “Zion was the Temple Hill that included Jerusalem, the capital city of the Jewish nation, Judah.”

In “What is the Meaning of Zion in the Bible?” we learn that Zion is also “the dwelling place of God.” Zion is described as a fortress, a holy mountain, “the place where the Lord is ‘enthroned’ [...] and from which David yearns for salvation to emerge.” Isaiah 18:7 describes Zion as “the place of the Name of the Lord Almighty.” In the same book, we learn that “those who are left in Zion, who remain in Jerusalem, will be called holy.” (Isaiah 4:3).

Zion is mentioned more than 160 times in the Old Testament and only seven in the New Testament. How does the symbol of Zion as the holy city of God’s people relate to Christ? We’ll get to that, but first, we should meet Zion’s daughter. 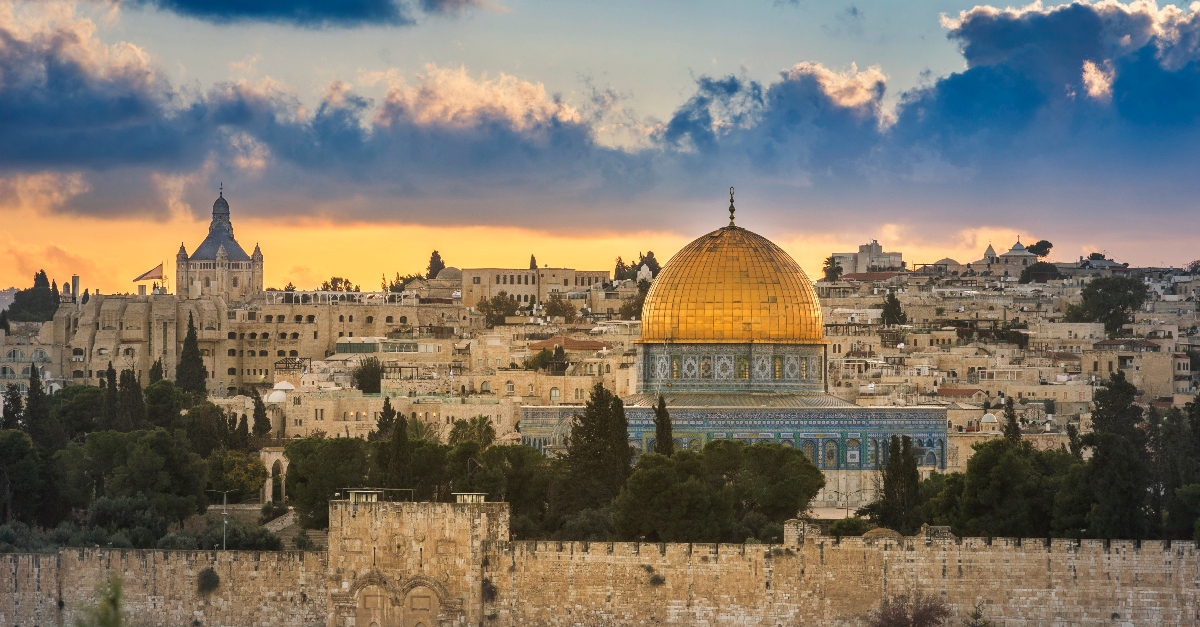 Who Is Zion’s Daughter?

A Daughter of Zion, or “Daughter Zion” without the preposition, is mentioned fewer than 20 times in the entire Bible. The only time she is spoken of in the New Testament (Matthew 21:4-6), the writer recalls a prophecy from Zechariah: “Rejoice greatly, Daughter Zion! Shout, Daughter Jerusalem! See, your king comes to you, righteous and victorious, lowly and riding on a donkey, on a colt, the foal of a donkey.” (Zechariah 9:9)

Sometimes the Daughter is an Israelite coming out of the Holy City, and sometimes Zion is the daughter; the city itself, or the nation of Israel more generally. Most of Scripture talks about “Daughter Zion” (no preposition), although translations differ.

This daughter was precious to God. Jesus felt such tenderness and heartbreak for her that during the triumphal entry, he “wept for Jerusalem,” wrote Debbie McDaniel in her article “5 Things about Palm Sunday That Remind Us Christ Is King.”

McDaniel adds, “In the midst of the praise of the moment, He knew in His heart that it wouldn't be long that these same people would turn their backs on Him, betray Him, and crucify Him. His heart broke with the reality of how much they needed a Savior.”

Context of Daughter of Zion

There is a subtle difference between Daughter of Zion and Daughter Zion.

When she comes out of Zion, I hear God’s lament over disobedient Israel; as though, the further she wanders spiritually from her mother Jerusalem (even if they live close by), the more rebellious Israel becomes. She is safer in the heart of Israel, and close to the heart of the Father.

In “Is There Intended Allegory in the Song of Solomon?,” Jim Hamilton explains that “Yahweh married Israel at Sinai.” The “covenant between Yahweh and Israel” is described elsewhere “as though it is a marriage.” The Daughter of Zion (Jerusalem) is the fruit of that union; the heart of Israel.

Without the preposition, Jerusalem is God’s daughter. The site of the temple in Jerusalem was of utmost importance to the people of Israel. The ark of the covenant was brought here (1 Kings 8:1) and the King ruled from here (Psalm 2:6). When he was in exile, David longed to be with her.

In Psalm 9:14 he begged God to save him from his enemies so that “in the gates of Daughter Zion” he could “rejoice in your salvation.” Jerusalem was the heart of Israel and where God’s people felt closest to him (where they come from). Yet, to the Lord, Zion is the “Virgin Daughter” in Isaiah 37:21-22 who had “never been taken by force.”

Could there also be irony here?

Zion should not have gone after the gods of other nations, but she often disobeyed her Father. The absence of one small preposition can feel like spinning a chair, making Zion face her Father’s scrutiny and disappointment, or like a protective hand on her shoulder and the impression of a towering and terrifying patriarch standing directly behind his beloved child, glaring at the bully (Assyria, Philistia, etc.) 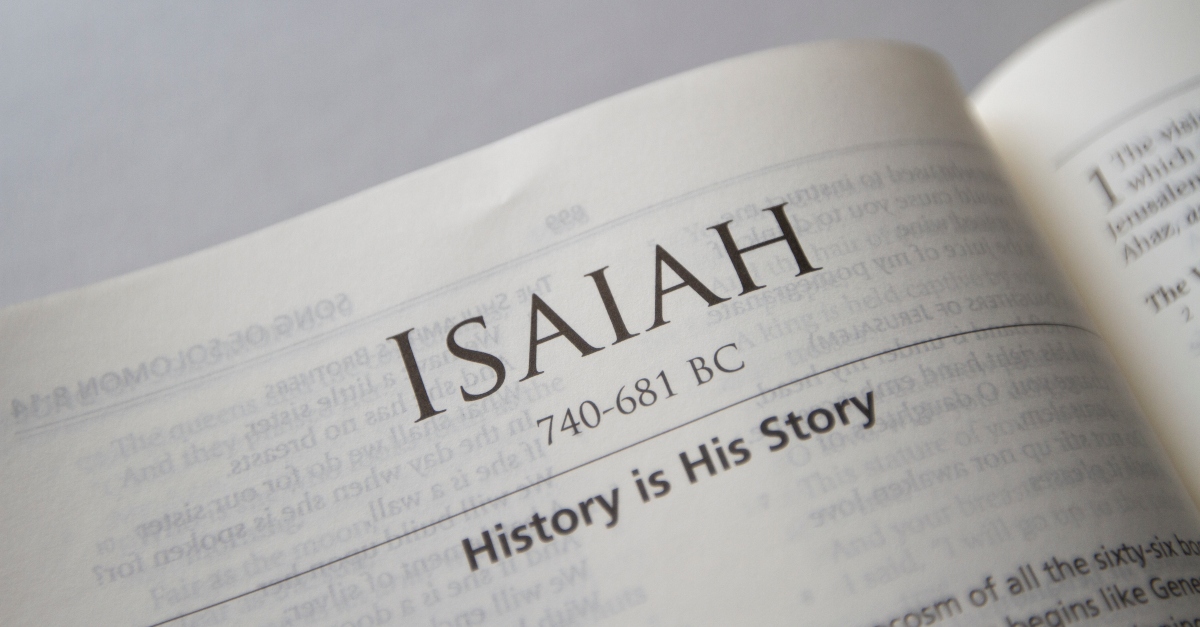 Other Translations of Isaiah 37:22

She has shown contempt for you and mocked you, The Virgin Daughter of Zion (Jerusalem); She has shaken her head behind you, The Daughter of Jerusalem! (Amplified Version.)
Words like “contempt,” and “mocked” are so unfamiliar these days: this older language provides breathing space from the Lord’s wrath. He’s speaking long ago to a nation far away, in a context we can’t relate to.

Virgin Daughter Zion despises you and scorns you; Daughter Jerusalem shakes her head behind your back. (Christian Standard Bible)
The preposition is missing here, which subtly increases intimacy and intensity. I feel the closeness of Lord God ready to pounce if anyone tries to hurt his daughter.

The virgin, the daughter of Zion, hath despised thee, and laughed thee to scorn; the daughter of Jerusalem hath shaken her head at thee. (King James Version)
This daughter is wilful and arrogant; more haughty sounding than in modern translations.

The Virgin Daughter of Zion despises and mocks you; the Daughter of Jerusalem— she tosses her head behind you as you flee. (International Standard Version)
Not only is she haughty, but she is dramatic with it.

Who Is the Daughter of Zion Today?

We Christians are that daughter. God dwells in us through the Spirit given us by Christ.

I wonder if, as a Daughter of Zion, I truly recognize God’s intense love for me; that I’m his and, thus, protected from the enemy. I’m a daughter emerging from the promise God made to his people; that he would provide a Savior for everyone who calls on his name for salvation.

Paul is “not ashamed of the gospel, for it is the power of God for salvation to everyone who believes, to the Jew first and also to the Greek.” (Romans 15-16)

My background isn’t Jewish; I’ve never even visited Jerusalem. Yet, the heart of worship dwells in me through Christ. It’s harder to walk away from Zion when the Spirit lives in you, but we can ignore the heart of God and shut our spiritual eyes. That’s when I’m like the Daughter of Zion who wanders from the heart of her King.

The good news is that no matter how foolish I am, I can repent with a godly grief (2 Corinthians 7:10) and be home again in an instant.

Candice Lucey is a freelance writer from British Columbia, Canada, where she lives with her family. Find out more about her here.

This article is part of our People from the Bible Series featuring the most well-known historical names and figures from Scripture. We have compiled these articles to help you study those whom God chose to set before us as examples in His Word. May their lives and walks with God strengthen your faith and encourage your soul.

This content first appeared on Crosswalk.com and is used here with permission. To view the original visit: https://www.crosswalk.com/faith/bible-study/why-christians-should-understand-the-daughter-of-zion.html